On axiomatizations of PAL 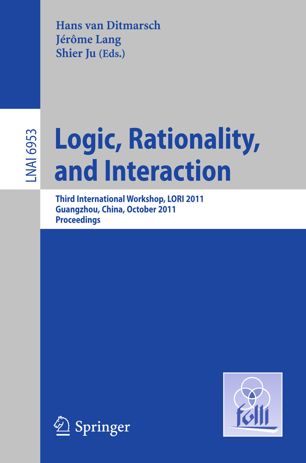 Abstract. In the literature, different axiomatizations of Public Announcement Logic (PAL) were proposed. Most of these axiomatizations share a ‘core set’ of the so-called reduction axioms. In particular, there is a composition axiom which stipulates how two consecutive announcements are composed into one. In this paper, by designing non-standard Kripke semantics for the language of PAL, we show that without the composition axiom the core set does not completely axiomatize PAL. In fact, most of the intuitive ‘axioms’ and rules we took for granted could not be derived from the core set. The non-standard semantics we proposed is of its own interest in modelling realistic agents. We show that with the help of different composition axioms we may axiomatize PAL w.r.t. such non-standard semantics.