Beyond Knowing That: A New Generation of Epistemic Logics 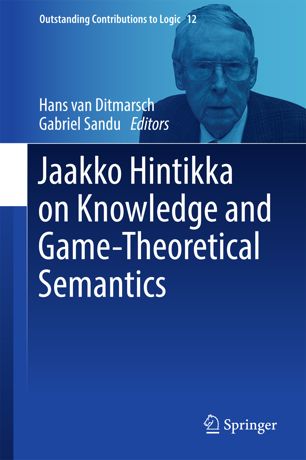 Abstract. Epistemic logic has become a major field of philosophical logic ever since the groundbreaking work by Hintikka (1962). Despite its various successful applications in theoretical computer science, AI, and game theory, the technical development of the field has been mainly focusing on the propositional part, i.e., the propositional modal logics of “knowing that”. However, knowledge is expressed in everyday life by using various other locutions such as “knowing whether”, “knowing what”, “knowing how” and so on (knowing-wh hereafter). Such knowledge expressions are better captured in quantified epistemic logic, as was already discussed by Hintikka (1962) and his sequel works at length. This paper aims to draw the attention back again to such a fascinating but largely neglected topic. We first survey what Hintikka and others did in the literature of quantified epistemic logic, and then advocate a new quantifier-free approach to study the epistemic logics of knowing-wh, which we believe can balance expressivity and complexity, and capture the essential reasoning patterns about knowing-wh. We survey our recent line of work on the epistemic logics of “knowing whether”, “knowing what” and “knowing how” to demonstrate the use of this new approach.